COVID-19 has revealed and sharpened long-standing racial and socioeconomic inequities in the United States as the pandemic continues to rage on. Hopes for vaccines were finally realized at the end of 2020, but we still have a long way to go before our world can reach any semblance of normalcy again.

However, even then, was our pre-pandemic “normal” even good? For many, the answer to that question is an emphatic “NO.” The disparities we see in our healthcare system have been reflected in the coronavirus death tolls. Our world needs women and men of God in the medical field who are equipped with knowledge of history and systems that oppress, Christ-like empathy, and a hunger to seek justice, mercy, and humility.

With this in mind, Living and Learning International hosted an intensive learning experience in Washington, D.C. under the instruction of Dr. Micah Hughes and Dr. Gregory Bish teaching the intersection of public health and social justice. Against the backdrop of the pandemic and our current political climate, the timing was almost opportune.

Students were given a choice between two tracks for the duration of the two-week study tour: Introduction to Public Health and Epidemiology, led by Dr. Hughes, and Christianity and Social Justice led by Dr. Bish. In a dormitory-like apartment building furnished with classroom space just minutes from the National Mall, over two dozen speakers from diverse vocational backgrounds, races, and genders taught on a variety of different topics.

Pastor Danté Upshaw, the tour’s resident chaplain, was able to be physically present in the socially-distanced classroom for a portion of the tour along with Dr. Hughes. Rachel Roskoski, Living and Learning International’s Director of Study Tours, coordinated logistics and managed everything from airport trips to daily temperature checks and meals, and everything in between.

COVID-19 safety protocol was of the utmost importance and was taken through consistent mask-wearing, social distancing, and daily symptom screening. And by the grace of God, every student and instructor stayed virus-free.

About halfway through their second week in D.C., a few of the students were willing to talk to me about their experiences on the study tour. Despite the pandemic’s restrictions, the students were able to make the best of their experience. And it is safe to say that for those I spoke to, those obstacles were well worth it if it meant they could be on location in the nation’s capital.

For Mary Kate Postma, being physically present in the city made all the difference when it came to learning about social justice. “It’s really powerful to be able to stand next to monuments and learn from them,” she told me. “And to learn the history of how the Capitol was built—the Capitol was built by slaves! That’s important for us to know as Americans.” To learn that fact while standing next to the building itself, as opposed to, from her home in Iowa, was deeply impactful.

Her favorite speaker was Pastor Upshaw, partially due to the fact that he was able to be physically present with them. And though unexpected, she also appreciated having an “anchor in our faith” through his teachings. “Without his leadership in restorative justice, racial reconciliation, and sabbath, without that biblical grounding, nothing else that we are doing would mean anything,” she said.

Another student, Lauren Nagy, was a huge fan of the justice walks the students took. They learned about various monuments in D.C. and how gentrification has impacted the district, especially on their second justice walk on H Street.

“We visited H Street, which, by walking in, I would’ve had no idea the history behind this street that had been a primarily Black neighborhood that has, in the last 10 years, been taken up to be the ‘bar-restaurant scene’ where the young white people tend to go to have fun. And they don’t know the ways that they’re negatively impacting the community,” she said.

“When you travel you don’t tend to think about those things, or even when you move into a new neighborhood you don’t consider the history behind it.”

Both Lauren and another student, Beth Girard, mentioned the same person as their favorite speaker at that point in the tour: Dr. Deborah Haarsma. She is the president of BioLogos, an organization dedicated to reconciling faith and science. Lauren said Dr. Haarsma talked to them about “the creation narrative and having conversations with people who have fallen out of faith” due to the supposed dichotomy of faith and science.

Beth came into the study tour without any framework for the intersection of public health and social justice. But now, she believes that “emerging from this experience, intersectionality has been a theme and an understanding that social justice doesn’t just impact housing. It doesn’t just manifest in Black Lives Matter. Both of those are so important. But moving forward, it’s really important to be open to the intersections that are present within so many different facets of the world, such as public health.”

Advocacy is important to her, and she now desires to tell others about what she learned about the importance of public health in social justice movements today.

The intersection between public health and social justice is a populous one, full of advocacy work and well-rounded thinking that should be built on a foundation of biblical truth, and spurred on by love for our neighbors. And despite the challenges brought on by the pandemic, this study tour has encouraged students to look deep within themselves to be transformed, to seek reconciliation with those around them, and to pursue the Kingdom work of justice. 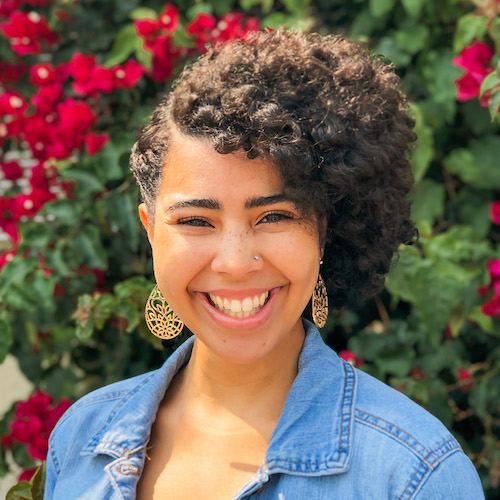 Written By
Evana Upshaw is a freelance writer and journalism student at Biola University with a passion for empathy and truth. She has a unique fascination with maps, adores fruit smoothies, and loves to dance bachata.
Ready?
Learn More